May 2016 – the school was badly damaged during a storm at the beginning of the wet season. Large sections of the roof were blown away.

The school had to be closed which led to the last trimester being cancelled.

June 2016 – after speaking to many supporters, we managed to get the necessary funds.

We want to thank Lisbet Hansen from Denmark for her generous support.

June-August 2016 Rebuilding the school – we started by removing the damaged roof and reconstructing a stronger framework, then we resurfaced the roof and connected the water tank.

The walls and the floors in 3 of the 5 classrooms were repaired. Finally all windows and doors got a new coat of paint. 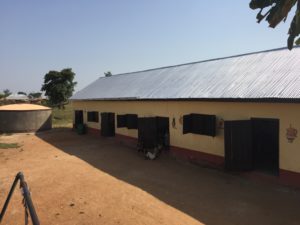 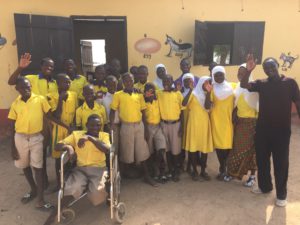